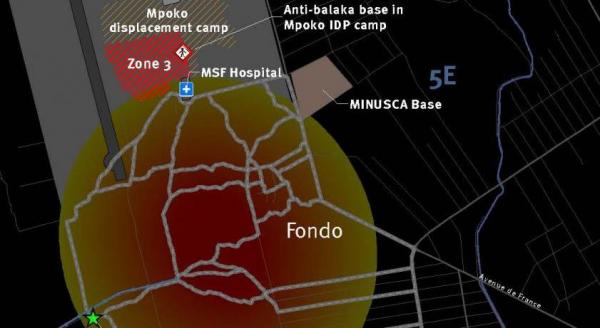 On December 13, the people of the Central African Republic (CAR) went to the polls to vote in a referendum on a new constitution. Like many others in the past three years of the war-torn country’s history, the day was marred by violence. At least five people were killed and 34 wounded during clashes in the capital, Bangui, according to Reuters.

Authorities were forced to extend the vote for a second day. Voters overwhelmingly backed changes to the constitution, including the imposition of a two-term limit for future presidents, but the violence did not bode well for the overdue presidential and legislative elections set for December 27. It served as a clear reminder of the challenges that lie ahead for a new government.

CAR descended into chaos in late 2012, when a coalition of mostly Muslim rebels, known as The Séléka , ousted the government of president Francois Bozizé. Their brief rule was marred by widespread violence and human-rights abuses and in mid-2013 groups of Christian and animists, known as the anti-balaka, rose up against them. Thousands were killed and hundreds of thousands fled their homes as both sides targeted each other and civilians.

With the state imploding and no president in place, the international community scrambled to set up a semblance of governance. In January 2014, a transitional government was created, headed by Bangui’s former mayor, Catherine Samba-Panza. It had no functioning police, army or judicial officials and was forced to rely on international peacekeepers for security. Its key function was to pave the way for elections. Dates were set and repeatedly missed due to violence, lack of funding and messy preparations. If no single presidential candidate wins an outright majority on December 27, a runoff is scheduled for January 31.